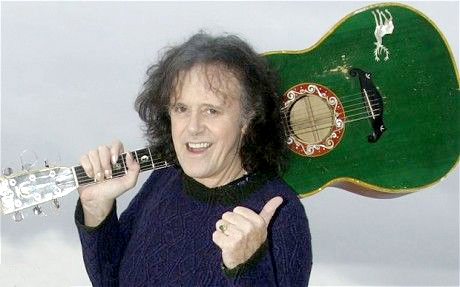 Donovan received the Lifetime Achievement Award at the BBC2 Radio Folk Awards. After a speech where he talked about his Glaswegian and Irish roots, the ‘lament’ and the heroic celtic ballads, Donovan played a short version of Summer Day Reflection Song followed by Catch The Wind, accompanied on double bass by Danny Thompson (2007 recipient of the Lifetime Achievement Award).

Earlier in the day Donovan appeared on the morning TV program BBC Breakfast where they showed a few seconds of some rare footage from the mid-70′s. A few hours later Donovan was interviewed on the Simon Mayo radio show, and he talked about the award and his current activities (with no mention whatsoever about his new album Ritual Groove except for the collaboration with David Lynch almost a year ago). He also played Colours.